Arguably the quintessential Ibiza clubbing experience, Amnesia has long been the backdrop for some unforgettable clubbing moments. Two massive rooms - one a dark cavernous cauldron and the other an expansive arena that is flooded with light when the sun rises - are guarded by the notorious Amnesia ice cannons that could strike at anytime.

Very eclectic in its programming, Amnesia covers the best of techno, house, trance, dubstep and even some live shows. Like all the super clubs, Amnesia's main dance floors can get extremely busy, and are known for incredible communal moments with every hand in the air. The upper levels of Amnesia are VIP, and provide an amazing view of the revelry below.

Renovated and updated since 2008, the Amnesia Terrace is a huge rectangular greenhouse with palm trees, many bars and is one Ibiza and world clubbing's most spectacular dance music arenas. The last part of the club to be covered, it was open air until the late 90s, since which time the VIP area that encircles the club on the upper floor has been expanded and provides great views of the throng of clubbers below.

The Main Room at Amnesia is the traditional place to rave with a pit-like square, central dancefloor surrounded by the VIP areas on the higher level. This is also where the famous Amnesia dancers look down from. Since 2013, the DJ booth is down on floor level, enabling the crowd to get very close to the artists. Boulder-size speaker stacks little the floor and are usually colonised by enthusiastic partygoers.

Possibly the most legendary feature at Amnesia are the two massive "ice cannons" that blast cold air and fire off at regular intervals in both rooms. Amnesia also host Espumaparties at which life-threatening quantities of foam are pumped onto the dance floor in the Main Room.

The house where Amnesia now stands was built at the end of the 18th century. Sold to an aristocratic and artistic widow in the 70s it became a home to hippies who played in bands and danced till dawn while experimenting with LSD.

In 1975 Spain's long ruling dictator Franco died. In 1976 the new tennant AntonioEscohotado turned the house into a discotheque and christened it Amnesia.

The four-four thump of disco and house took over from rock and is yet to relinquish its hold. But it was the juxtapostion of new and old sounds, pop and underground which was truly influential. Argentine Alfredo Fiorito wowed Paul Oakenfold, Danny Ramplingand others in the summer of '87 and let flow a torrent of mass tourism which continues raging to this day.

Famous for: Open air clubbing in the 1980s, DJ Alfredo's eclectic mix of house, disco and pop back in the day, foam parties, the Terrace.

How to get there: €10-15 in a taxi from San Antonio, Playa D'en Bossa or Ibiza Town. Disco buses run all night direct from Ibiza and Playa d'en Bossa to San Antonio and vice versa. There are also special free buses, provided by the club or promoter, from locations in Playa D'en Bossa, Ibiza Port and San Antonio for ticket holders

Popular Parties: Cocoon, Cream, Music On, Together and the Espuma (Foam) Party 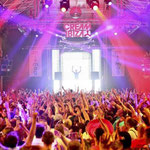 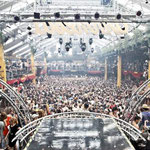 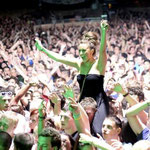 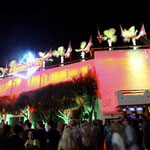