Of course the 'World's Biggest Club' is in Ibiza, but even such an accolade doesn't prepare you for the scale of what you're facing with Privilege. A Main Room like an aircraft hangar - that could fit the whole of most of the other clubs in Ibiza inside it - Privilege has become renowned for providing the spectacular and grandiose, like no other can. Privilege is celebrating its 20th anniversary in 2013, so expect a lot of cool parties happening there over this coming summer!

It's beginnings, as Ku, are a core part of the whole Ibiza story and in Manumission, it hosted one of the world's most famous parties for over a decade. A swimming pool at its centre and layer upon layer of different parts of the club to explore, Privilege smashes down any existing boundaries you may have for the club experience.

If it's your first time in Privilege you're highly likely to get lost. It's extremely easy to get separated from your friends and not see them again till the sun comes up. Don't worry though, you'll make new ones.

Upon entering the club you go down a massive staircase. You are now bang in the middle of one of the world's largest dancefloors. At it's centre the DJ is suspended above a swimming pool. At the far end is a stage where scantily clad chicos and chicas dance around and a show with a non-linear dramatic structure (i.e. it's confusing) takes place. For the big events, the DJ performs here.

Above this room is a large lattice dome, which supports the Privilege sign. To the left is a multi-level terraced chill out area. To the right is the newly refurbished VISTA club with great views towards Ibiza town - especially recommended in the morning hours when the sun comes up. Adjacent to the Vista Club you'll find Vista Blue - which used to be Privilege's restaurant and is now a cool, intimate small club room.

Various sections of the club are open, depending on which day and party it is.

Nothing more than a swimming pool in the late 1960s and early 1970s, the club was transformed into one of the most famous club spots in the world after being purchased by former Spanish footballer, Jose Antonio Santamaría in 1978.

Called Ku, throughout the 80s it was a playground for the rich and famous with wild parties in a totally open air environment, surrounding by lavish gardens and the iconic swimming pool. The club provided the setting for Freddie Mercury and Montserrat Caballe, who famously filmed the video for their anthem 'Barcelona' here in 1987.

Sound regulations meant a roof had to be put in place in the early 90s, bankrupting the owners. Ku was re-born as Privilege in 1995 and went to host the legendary Manumission parties, with 10,000 or more clubbers packing into to see the flamboyant production and occasional sex show every Monday.

Privilege has been recorded in the Guinness Book of Records as being the world's biggest club and to this day provides clubbing on an unprecedented scale for parties.

Famous for: Open air clubbing in the 70/80s, its swimming pool, being the world's biggest club, Manumission and their sex shows, sunrise in the Coco Loco which is now known as the Vista Club.

How to get there: €10-15 in a taxi from San Antonio, Playa D'en Bossa or Ibiza Town. Disco buses run all night direct from Ibiza and Playa d'en Bossa to San Antonio and vice versa. There are also special free buses, provided by the club or promoter, from locations in Playa D'en Bossa, Ibiza Port and San Antonio for ticket holders.

Prices vary between €20 and €50. A vodka limon costs approx. €12 and a beer €10. Queuing is the norm so buy online tickets beforehand to save trouble on the door, as those ticket holders normally enter through the Dome access. 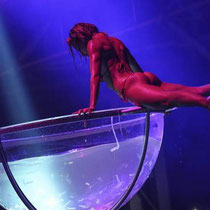 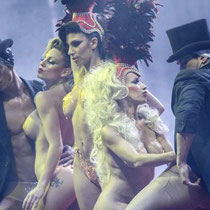 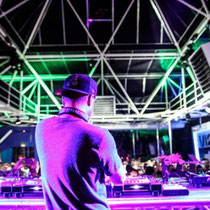 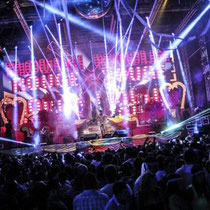 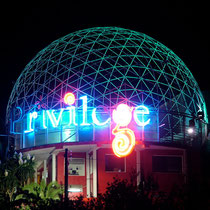 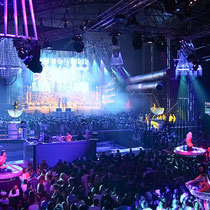