Now famous for being famous, as much as anything else, DC10 has reached such an elevated position thanks to offering a unique experience in Ibiza's clubbing environment.  When it first opened in 1999, and still typically now, it was a no-holds barred, hedonistic, dance yer socks off fiesta that was totally off the radar.

In contrast to the rest of the clubs, it still does little or no publicity for its parties, meaning those who go are in the know and there for one reason; the music. DC10's longevity and success is ultimately thanks to a devotion to providing solid, quality underground electronic music.

The main entrance is accessed from the club's car park and the entrance leads you into the Garden area - this is used at the Closing Party as a third music arena. After entering the club through an arch bearing the DC10 sign, you enter the inside of the club; a demonic womb of bleeps, bass and retarded fetuses swimming in a chemical-laced amniotic fluid.

If you swim towards the light, you're about to enter the mental terrace action and what has made DC10 famous around the world. The DJ booth at the far end has space for about 5 people, but usually has about 50 in there, which may explain the penchant for some of them throwing themselves onto the crowd in clubbing's own version of the stage dive.

Originally the Terrace was open air and went through various stages of canopy/cover before the current roof it has was put on around 2007, which masked one of DC10's defining features, namely the roar of planes coming in to land overhead less than 50m away.

The club has famously gone through various stages of colour for the walls in the terrace, originally yellow, then through some reds and oranges, back to yellow and as of 2010, deep red again!

Little more than a country building - known to neighbours as Can Miquel - that has been in operation as DC10 for over 20 years, previously as a typical spanish bar adorned with a plane on its roof (hence the name) but notoriously since Circo Loco began their Monday parties here in 1999. The history of the club is indelibly intertwined with that of its flagship party.

Things started out as a very small scale affair catering for those still wanting to party after Space's 22 hour marathon on Sunday. Italian's Andrea and Antonio offered something totally unique and word quickly spread of something special happening at this unknown place near the airport. The early days saw the likes of Steve Lawler, Danny Tenaglia and Pete Tong turn up and play for free, or even get refused, and it was a true after-hours spirit.

Slowly, the music policy delved deeper underground and stars were born in the form of Loco Dice and Luciano, former residents of the club. Throughout the first decade of the 21st century, the club was mobbed and it's reputation very much proceeded it, which almost inevitably led to difficulties with the authorities and well documented enforced closures.

Yet, it is still here as the beacon of underground partying.

Famous for: after hours parties, being the island's only true underground club, launching the careers of some of the island's biggest DJs, fancy dress, costumes and general silly fun and games, being located at the end of the runway!

How to get there: about €10 in a taxi from Ibiza Town or Playa D'en Bossa, €25 from San Antonio. The bus to Salinas beach stops just past the club. It is also possible to walk from Sant Jordi (about 15-20 minutes). 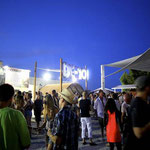 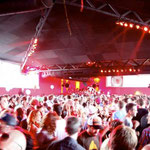 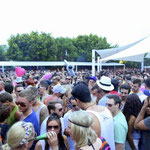 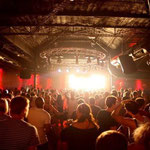