Created in Ibiza in 1973, this little old finca has grown into the most dominant clubbing brand in the world, with the Ibiza venue still very much the driving force and jewel in the crown. With a reputation for providing clubbing with style, it is unrivalled when it comes to adding some VIP pizzazz to proceedings.

Pacha is inextricably linked with Ibiza itself and represents the growth of the island. 2013 has marked a big shake up in its programming, with a stack of new nights and big names from both the underground and mainstream of dance music welcomed into the Pacha fold as it celebrates its 40th year.

Pacha is a spectacular club, a luxurious and almost palatial feel with an antique and exotic charm running through its decor and design. In terms of layout, Pacha just keeps on giving and it'll probably take you 5 or 6 times to truly find your bearings. Even then we're sure you won't have made it to the Funky Room.

Through the entrance and you've already got several options. To your left, almost behind you is Sweet where you can hear more commerical and Spanish music, whilst next to that is the entrance to the restaurant. A little further on and there is a door on your right that leads to the Global Room, with it's lounge feel and tiered seating.

If you head straight on from the entrance you eventually access the club's Main Room, flanked by VIP tables, which overlook the dancefloor. You'll also notice at least two other levels of the club higher up and around the sides of the dancefloor. The DJ booth has a few different locations in this room for 2013.

Where next?! You can take two different routes to your right and keep going up, until you come out an extensive Terrace area. If you follow this round you eventually come to the gem that is the Funky Room, a real treat. Through the Funky Room and you're back out into the Main Room.

That's only a short whizz around the club and doesn't do any justice to the charm of the place.

When Pacha first opened across the bay from the bustling bars of the port area some opined Ricardo Urgell's creation wouldn't last because it was too far away from the action. They must feel stupid now.

Today Pacha is surrounded by apartment blocks, bars, a casino and hotels including El Hotel, which Pacha made their own in 2003. The famous old finca has grown from being a deserted country house to becoming the most iconic clubbing name in the world, with more than 20 franchises all around the world.

Very much the place to be seen during the 70s and 80s, through the 90s, foreign promoters like Ministry of Sound, Made In Italy and Renaissance really transformed the club's direction. Under the guidance of then Creative Director, Danny Whittle, Pacha achieved huge success through popstar-like DJs holding parties which caused unprecedented scenes in Ibiza clubland. Whittle has passed the reigns to Tallyn Planells for 2013 and Pacha has an exciting year ahead.

Famous for:  The cherries, VIP tables, playground of the rich and famous, being Ibiza's oldest, most well known club.

How to get there: taxi €10 from Ibiza Town, €15 from Playa d'en Bossa, €20-25 from San Antonio. There are buses to and from Ibiza Town. Pacha can be walked to from Ibiza Town (nice walk along the Marina) in about 10-15 minutes.

Expect to pay from 40€ for most parties, except F*** Me I'm Famous, which will go a lot higher. The price increases as the island gets busier and the parties get more popular. A Vodka Lemon costs approx. 18€ and a beer 12€.

Prices on the door can be up to 20€ more expensive than presale, so buy your tickets in advance! 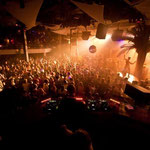 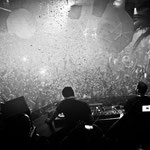 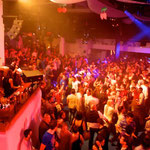 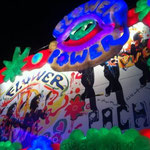