Gatecrasher Ibiza is the second superclub of San Antonio, which after being 'Eden' for 15 years, has now changed hands over winter to the British club brand Gatecrasher. Having seen a complete refurbishment in 2013, the venue is ultra-modern and sleek with an extremely powerful sound system.

San Antonio has been long been the starting point for clubbers in the early stages of their soon-to-be Ibiza addiction and Gatecrasher Ibiza caters to these new and experienced clubbers alike. The venue has previously been home to high profile events like Pete Tong, Gatecrasher, Godskitchen and more. Back in the 1990s, the club was a notorious venue called the Star Club, which eventually morphed into Kaos before becoming Eden in the winter of 1999.

With Gatecrasher now being in control of both programming and booking, we can expect an exciting line up for summer 2014.

One of the island's newer clubs, Gatecrasher Ibiza has undergone several refurbishments over the last 10 years, each time creating a more full-on environment within a modern designed club. The brand new void sound system is powerful, the lighting effects have had large investment and there are plenty of bars to service the approximately 5,000 that can be accommodated inside.

Now connected as one large room, the focal point of the club is at the far end from the entrance, where a spanking new DJ booth is set into the wall a metre or so above the dance floor. Upon entry there is a nice wide swing set into the ceiling with a snake motif. Long bars line the room’s edge and different spaces are marked off by curved edges. The main dancefloor in front of the DJ booth is circular, a bit like an old fashioned arena, whilst a balcony level above including a VIP section has a fantastic view of the DJ and birdseye of the dancers in the pit below. There is an outdoor smoking area accessible from the higher level.

Famous for: its succesful remodelling and now being part of the Gatecrasher family

How to get there: just a stone's throw from the San Antonio egg, right in the town centre.

Popular parties: yet to be seen as 2014 is the first season of the venue being 'Gatecrasher Ibiza' 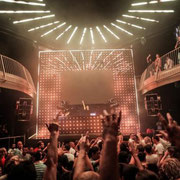 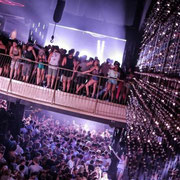 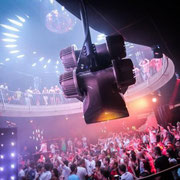 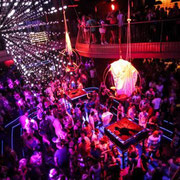 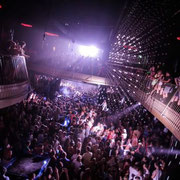